Finding the old Nico photo recently (Feb 26th post) inspired me to dig out a couple of other old bits,.. I found an old Record Mirror from August 28th, 1965 with an great article on Andrew Loog Oldham's latest discovery.. (click to read it.. it's a full size scan) 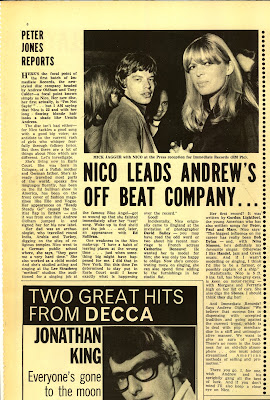 And here's the record she made.. pre Velvets with Jimmy Page on guitar.. 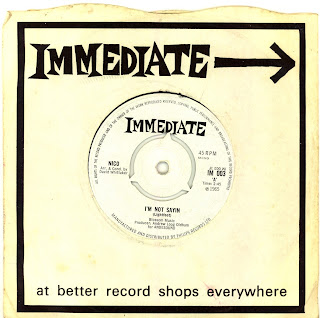 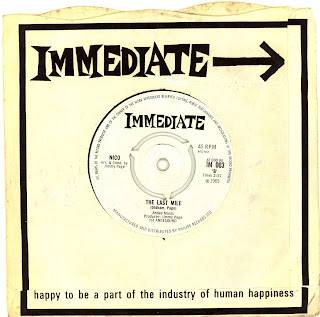 Sideburns No.1 - This is chord, this is another, this is third.. now form a band!

Bit of a special one here.. from January 1977 this is the zine with the legendary 'here are 3 chords, now form a band'.. and the rest is pretty cool too.  There's a 5 page Stranglers feature with an interview with Jet Black, live reviews of Eddie and the HotRods at the Roundhouse plus bits on the Feelgoods, Lew Lewis and the Darts.. yeah, not what we'd call punk now but this was Jan 1977 and there weren't too many what we'd now call punk bands around.. that all happened..um.. probably a week or two after this came out!  There is a great short editorial bit on page 3 about the beginnings of the London punk scene which gives you a feeling of what it was like back then..  (Got to say a big thanks to Martin for helping me get hold of this one! ) 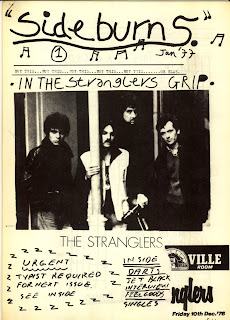 I just read that Bob Dylan's old girl friend and muse Suze Rotolo died recently, aged 67 after a long illness.  She's best known for being on the cover of his second LP, The Freewheelin' Bob Dylan, but was also key to politicising Dylan in the early 60's and was the inspiration to some of his great early songs , such as "Don't Think Twice, It's Alright" and "Boots of Spanish Leather".   They were together around late 1961 till early '63.  After she and Dylan seperated (he left her for Joan Baez) she continued to be involved in the Greenwich Village scene, visted Cuba in 1964 and was involved in the Civil Rights movement.  She wrote a book,  "A Freewheelin' Time, A Memoir of Greenwich Village in the Sixties" in 2008 (which I haven't read yet but it's in the pile I'm slowly working my way through..)  She was interviewed in the Scorsese Dylan documentary 'No Direction Home' and came across as a very modest, cool woman who just happened to find herself in the middle of an exploding folk scene, involved with it's biggest star and just took it all in her stride and got on with her own life when Dylan moved on...  Suze RIP Update: I've finished reading Suze's book 'A Freewheelin' Time' and thoroughly recommend it whether you're into Dylan or not..  It's a snapshot of the 60's folk scene and New York Greenwich Village scene and how she had to deal with the changes happening at the time both personally and politically.. It's a great read.

And a bit more Dylan.. my mum gave me a stack of old Sing Out folk magazines she bought back in the early 60's including this one with a very early Dylan cover feature, from 1962.  This was around the time his first LP came out and has words and music for several of his newer songs at the time, including 'Blowin' in the Wind'.  I just scanned the Dylan pages..it's quite a chunky magazine. 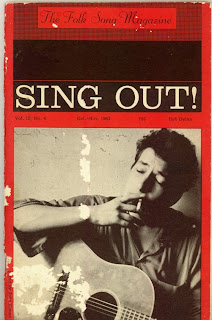