To follow up my last post, here are some more obscure 80's sounds.  There was a lot of interesting music coming out of Germany back then and these are some of my favourites.  I came across this stuff via John Peel's shows, NME and some excellent Birthday Party gigs with Malaria! and Einstürzende Neubauten as support bands.

Einstürzende Neubauten
Featuring Blixa Bildegard, who later joined Nick Cave's Bad Seeds, these guys were stretching the boundries of music with the use of power tools, sledge hammers, etc as percussive intruments.  Check out the pic from the back of their first LP below for their gear. I went to an amazing gig of theirs in August '83 at the Acklam Hall in west London, a small hall built under a motorway.  I was right at the front getting showered in sparks and broken glass..  Marc Chung was digging holes in the wall behind the stage with the pneumatic drill... awesome stuff.  The whole gig was filmed for the Channel 4 music show The Tube but only a minute or two was ever shown on tv.  I'd love to know if the footage is still stored away somewhere.

Two tracks by them here, starting off with the first track off the Kollaps LP, 'Tanz Debil', followed by 'Thirsty Animal', a 9 minute track from a 12" release.  Lydia Lunch does vocals on it with a voice like nails on a chalk board.  (The other side of Thirsty Animal, 'Durstiges Tier' features a rythym track made by miking up Blixa's torso and Marc Chung thumping him.. not easy listening). 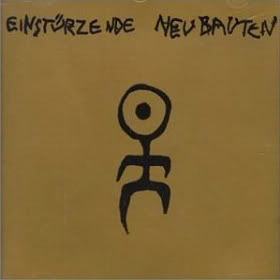 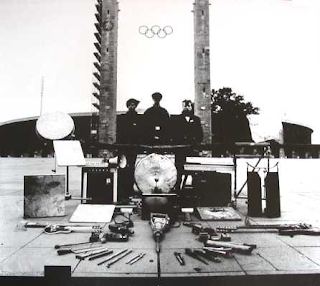 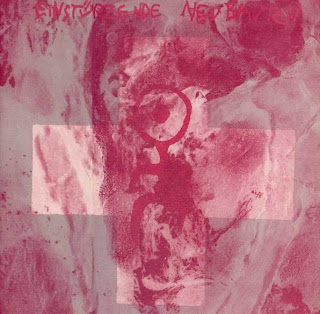 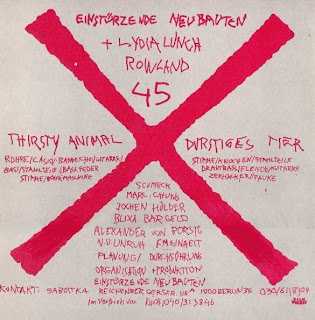 
For a detailed chronology of the band's activities check out this link:
http://www.fromthearchives.com/en/chronology1.html

Abwarts
A four piece band closely linked to Einsturzende as two members joined them when Abwarts split in 1982.  They recorded a couple of 45s and LP's in their time.. Never knew too much about them but I got their LP "Der Westen Ist Einsam" and this was my fave track from it. 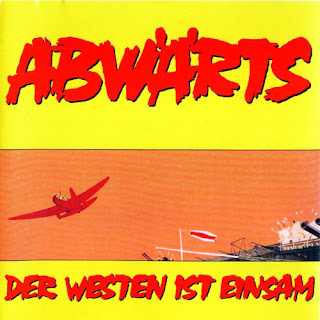 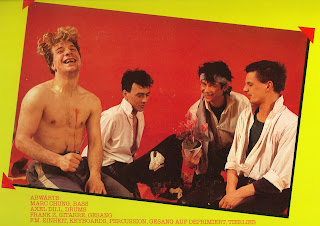 
DAF / Deutsch-Amerikanische-Freundschaft
These guys featured in NME quite regularly in the early 80's, with a live version of their first single, Kebabtraume, included on a NME Rough Trade cassette around '80/'81.  They started out as a 5 piece but by 1981 were a two piece with Robert Gorl on drums and Gabi Delgado-López on vocals along with synthesiser backing tracks.  I've got five tracks here.  'Kebatraume' and 'Gewalt' from their first 45 on Mute Records, 'Verschuende Deine Jugend' from their LP 'Gold Und Liebe' and lastly Robert Gorl's first solo single after they split in 1983, 'Mit Dir' b/w 'Beruhrt Verfuhrt'. 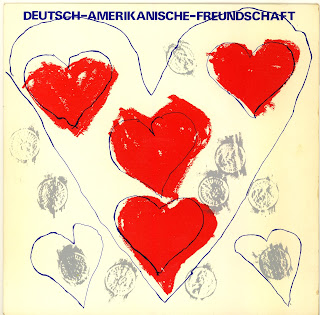 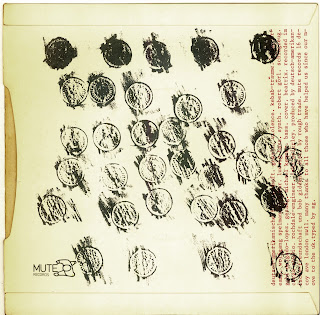 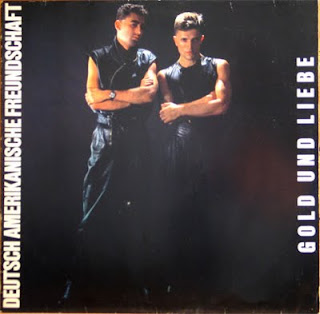 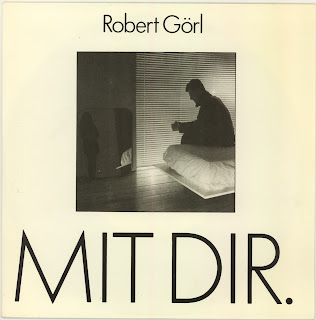 
Malaria!
Malaria! were a 5 piece female band who formed in '81, released a few records between then and '83, supported the Birthday Party on a European tour (when I saw them a few times) and also made it over to the States.  They looked awesome and were quite powerfull live but I never thought they came across too well on record. The below track, 'Thrash Me', comes closest for me. 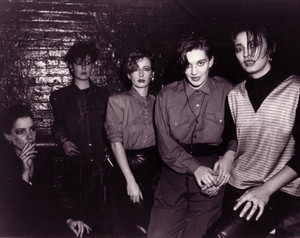 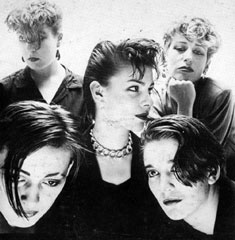 That's probably enough 80's stuff for now.. back with something different soon..
Posted by DaveO at 14:53